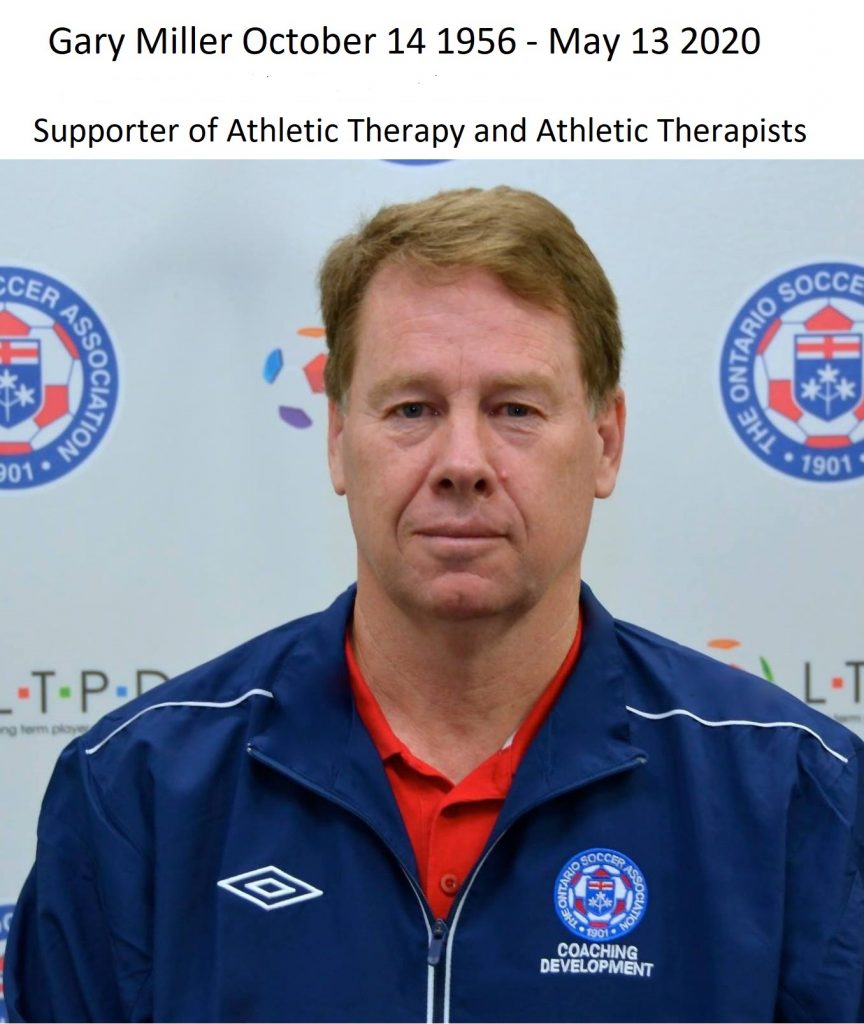 On May 13, 2020 Gary Miller a well-known and highly respected member of the soccer community and supporter of Athletic Therapists and Athletic Therapy, passed away from an unexpected heart attack.

Gary was a pioneer in soccer at the Provincial, National and Academy level. Many of the grass root soccer programs used today were created by him over 30 years ago.

It was over 25 years ago Gary’s idea of having each soccer club have a head coach and / or technical director that is the norm now. Gary was one if not the first to hire Athletic Therapists to cover training and games for over 30 years ago initially at the provincial level with Ontario Soccer.

Next as soccer clubs started to hire technical directors and club head coaches he pushed for Athletic Therapists be part of each club.

Gary was a founding member of SAAC (Soccer Academy Alliance of Canada) in 2005 and one of the requirements to be part of this alliance was to have an Athletic Therapist as part of the coaching staff.

Gary’s own soccer company Bryst Football Academy hired its first Athletic Therapist in the summer of 2000 to cover summer camps.

This lead to international travel in which it was mandatory that an Athletic Therapist be part of the coaching staff to oversee all injuries.

Gary left Bryst Football Academy to lead the OPDL (Ontario Player Development League) into the future for soccer development. Gary was instrumental in the background for the structure of the league. This included implementation and requirement of an Athletic Therapist on field for practices and games.

Many Athletic Therapists have benefited from Gary’s efforts at the club, academy and provincial level with employment and international travel with soccer.

Quietly and behind the scenes Gary Miller did a lot for the advancement of Athletic Therapy.

Thank you Gary for supporting the Athletic Therapy profession proudly for many years. 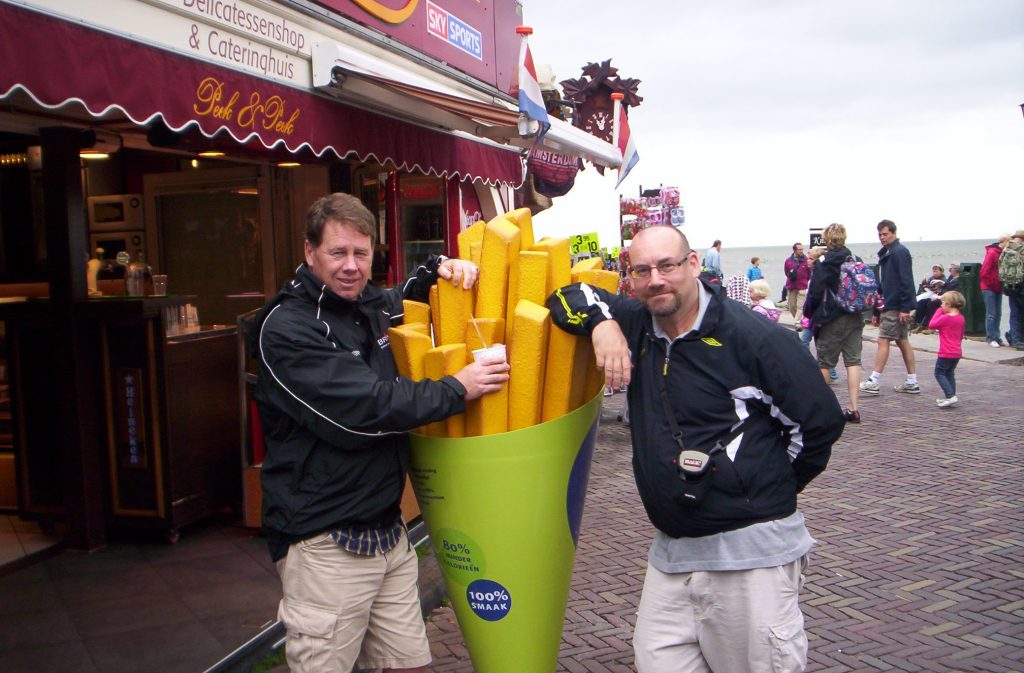